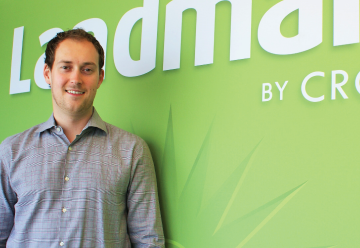 It’s safe to say that Iain grew up in the business. The son of President Ken Crozier, Iain has participated in virtually every facet of the organization; working summer's as an installer, to project management, and sales for Crozier's Landmark, RockCraft and TWSI divisions.

Even after leaving his hometown of Winnipeg to pursue a Business Degree from Western University in London, Ontario, Iain never strayed from the business. He made full use of his new surroundings by establishing a strong sales force in the Ontario marketplace. Seeing vast potential in the populated East, Iain opened the Toronto office in 2010. Conveniently located downtown in the heart of the city, the office grew organically from a one-man operation to a full staff ready to serve clients.

In his downtime, Iain channels his competitive side as a professional squash player, spends time with family and friends and explores Toronto’s endless culinary and entertainment choices.